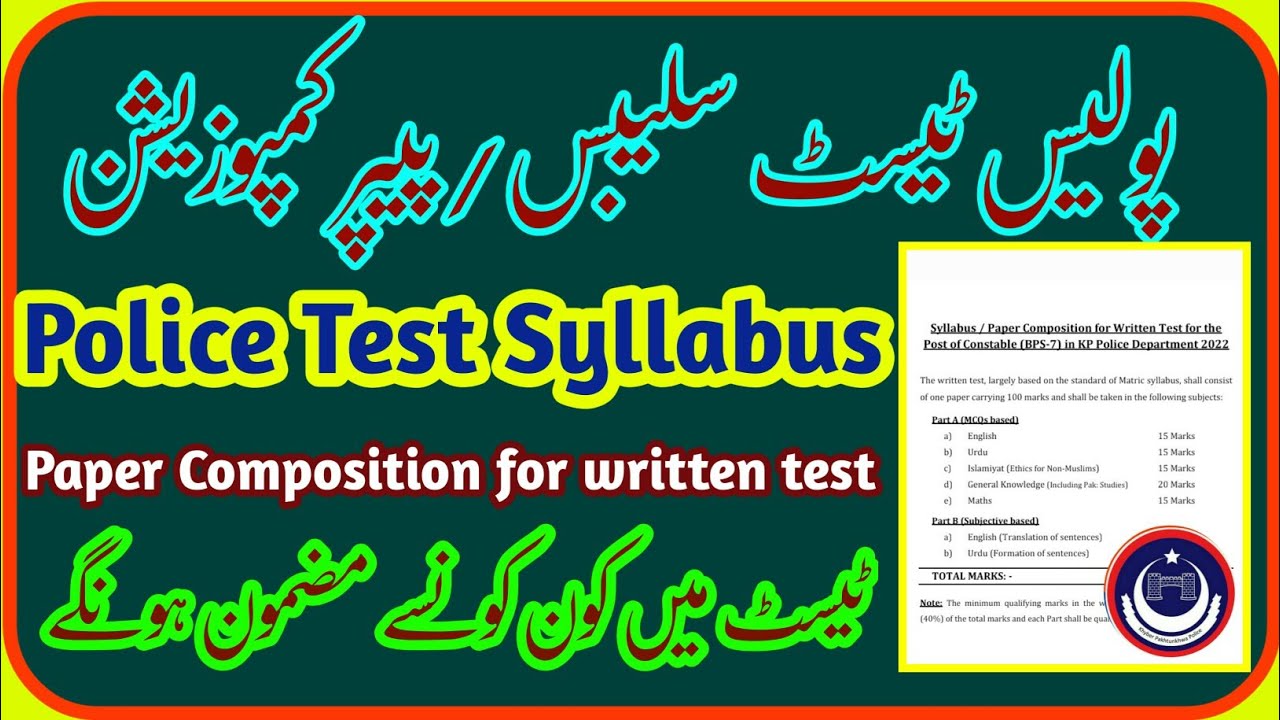 KPK Police Test Paper Jobs from all provinces like Punjab, Khyber Pakhtunkhwa KPK, Sindh, and Balochistan are also published on this page. Our Source is the no 1 job website in Pakistan for the latest and new career opportunities for unemployed candidates in Pakistan.

Paper A Syllabus MCQs Based

Following is MCQS based test syllabus and pattern of KPK Police Constable Jobs Via ETEA.

Part B Syllabus ( Subjective Based)

With out preparation of test, you cant pass the written test of etea. Here Constable posts past papers are available for the the jobs in Khyber Pakhtunkhwa Police department via etea. MCQS questions consist of Verbal Logic, Quantitative Logic and Analytical Logic. Here CPEC & NMDs & District SWAT jobs sample paper are also available.

Mostly Test consist of MCQS having multiple choice questions (MCQs) usually MCQS of Computer, MCQS of Islamiat, MCQS of Chemistry, English MCQS, and etea General Knowledge MCQS also. You can work out these Sample papers so many times until they get understand the pattern of the test as well as know how to pass the test.

The minimum qualifying marks in the written test shall be 40% of the total marks and each Part shall be qualified with the same percentage.