Appointment will be made on purely contract basis. In this page you can easily download the Walled City of Lahore Authority Disable Persons NTS Jobs Application Forms 2022 and Paper Pattern. Also Test date will announced soon when officially test date announced also provided on this page. The candidates can get application forms, Roll No Slips and NTS Results on this page. 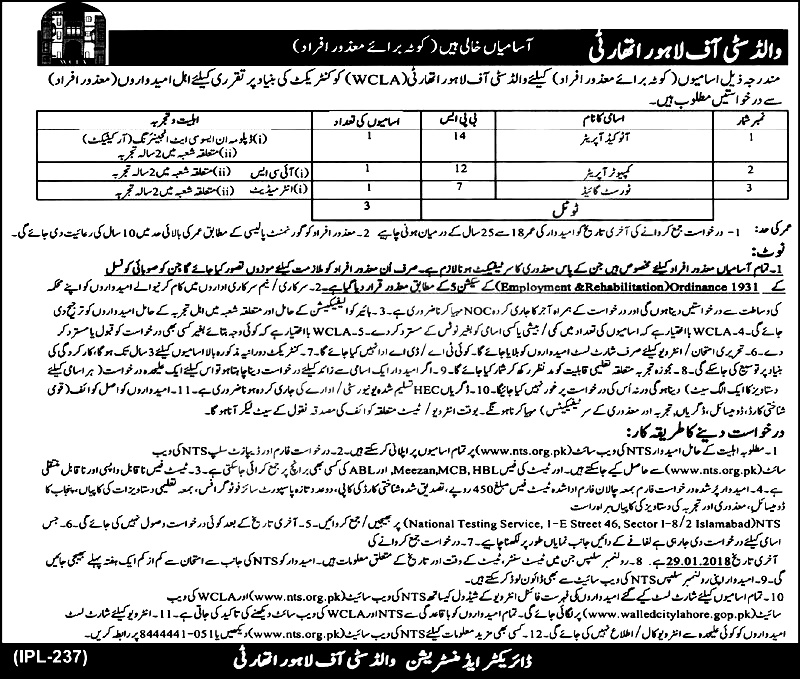